The following projects are currently supported by the Chogyal Rinpoche Association. 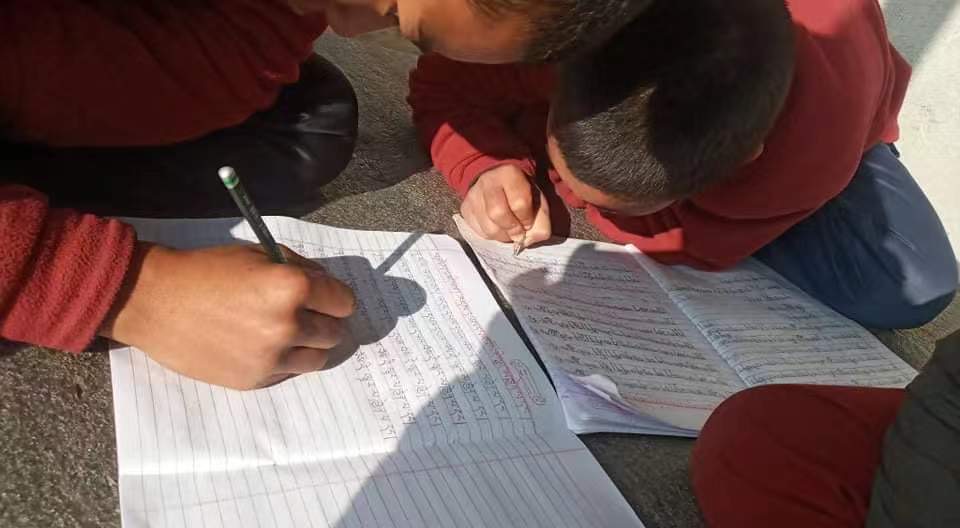 Children from the remote mountain areas of Nepal are offered to learn study and practice Buddhism. They are educated in Buddhist teachings and trained in skills such as building monasteries, Buddhist paintings and making metal statues. The acquired knowledge and skills give them a better chance of finding work in the future. Also, they bring back this knowledge to their villages and pass it on to their fellow villagers. During their training, the children are taken care of by providing them with food, shelter and clothing. 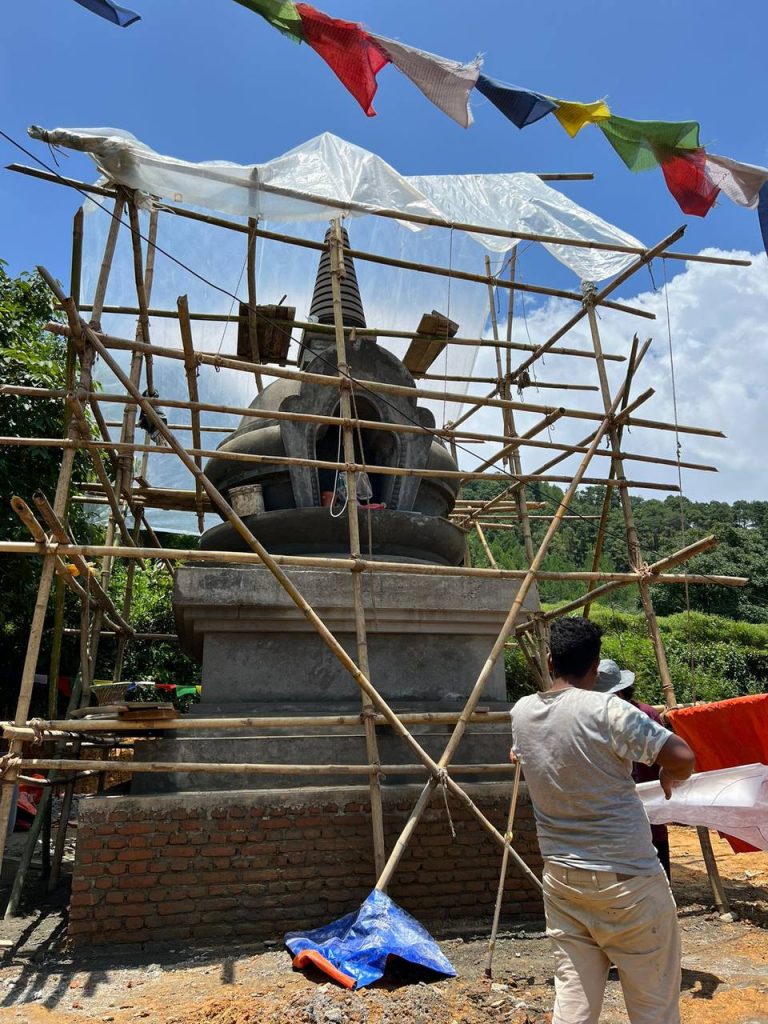 Building of a Kalachakra Stupa

A few years ago Chogyal Rinpoche had the wish to build a Kalachakra Stupa on the land of the Nepal Repa Retreat Centre in Pharping. Now the time has come.

A stupa expresses the nature of mind in a perfect way. Building a stupa helps to create a connection with Buddha and our own inherent buddha nature. Giving donations to this project is a wonderful way to get involved with this same merit. It gives others also the possibility to make this connection just by the sight of this impressive building. Wenn a stupa is filled and blessed by special ceremonies it becomes a place of power benefitting its surroundings.

Most stupas are connected to a specific event in Buddha’s life. However, a Kalachakra stupa, the rarest amongst them all, symbolizes the buddhist conception of the universe as described in the Kalachakra Tantra.

A Kalachakra stupa has an immense power to protect against negative energies.

The building of this stupa has started in april 2022. 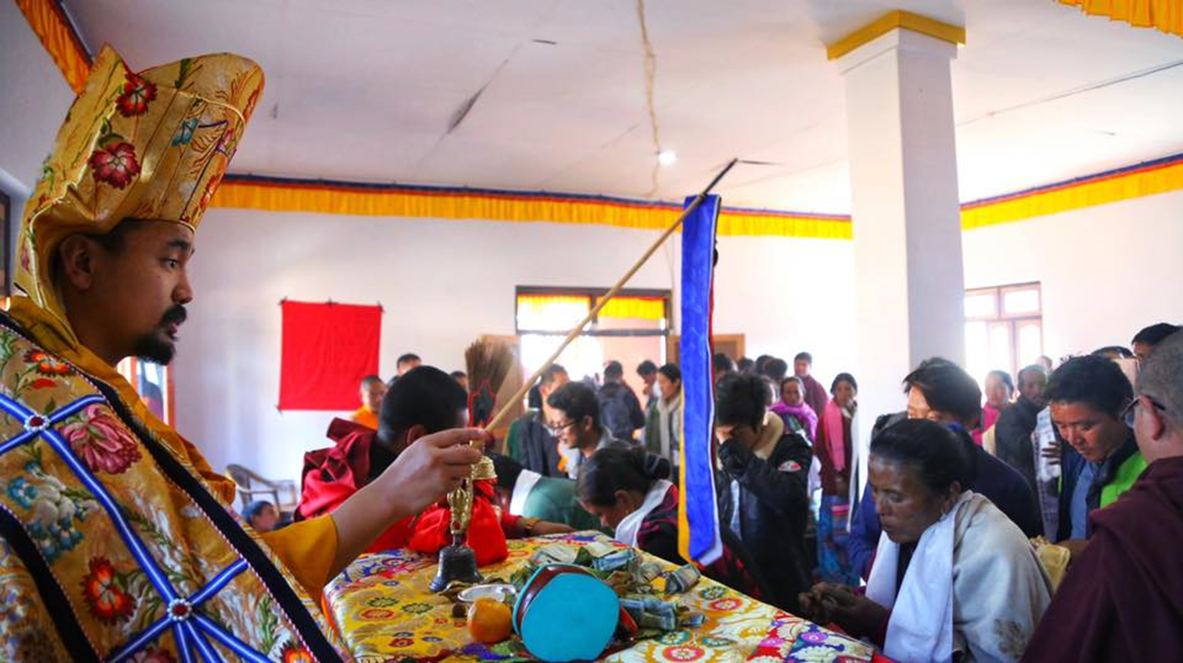 Support of the Ngakpas

Many people who practice buddhism as a lay person – so-called Ngakpas – live in the remote mountain areas of Nepal. For them it is not always easy to get access to buddhist knowledge and practical introduction in the rituals.

It is of particular importance to Chogyal Rinpoche to support the Ngakpas in their spiritual education. He traveled himself already several times in the most remote areas of Nepal to assess the situation. During his visits he gave empowerments and teachings. He was received by the public with great enthusiasm. Many people travelled for days on foot through the mountains so they could participate in the empowerments.

We support the families of the Ngakpas also on a material and financial level in order to facilitate their focus on their spiritual education. 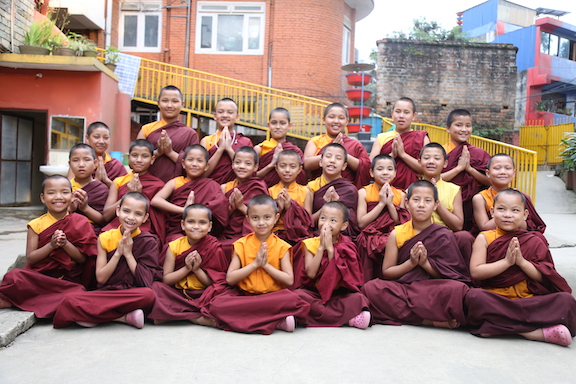 We offer scholarships for those who can’t afford to get a higher education and have an interest in buddhist studies. At the moment we have already 10 keen students who have started their bachelor or master studies. They can pass on their gained knowledge and with a completed education they will be able to find a job. Maybe they even will work for the Nepal Buddhist Association in the future when projects grow and multiply. 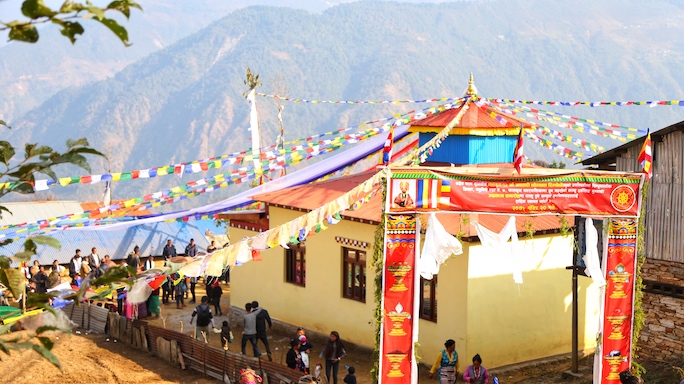 The earthquake in 2015 destroyed several hundreds of small monasteries (gompas) in the Himalayan region. Those small monasteries are not accommodating monks but are more the central place of the villages. The daily rituals are carried out by lay lamas and the big hall is used for any type of ceremony and for village festivals etc as gathering place. The gompas are lovingly tended and maintained by the whole village.

The earthquake in 2015 destroyed whole villages and the Ngakpas had their priorities first on rebuilding their houses. Until today they lack financial means to rebuild the gompas.