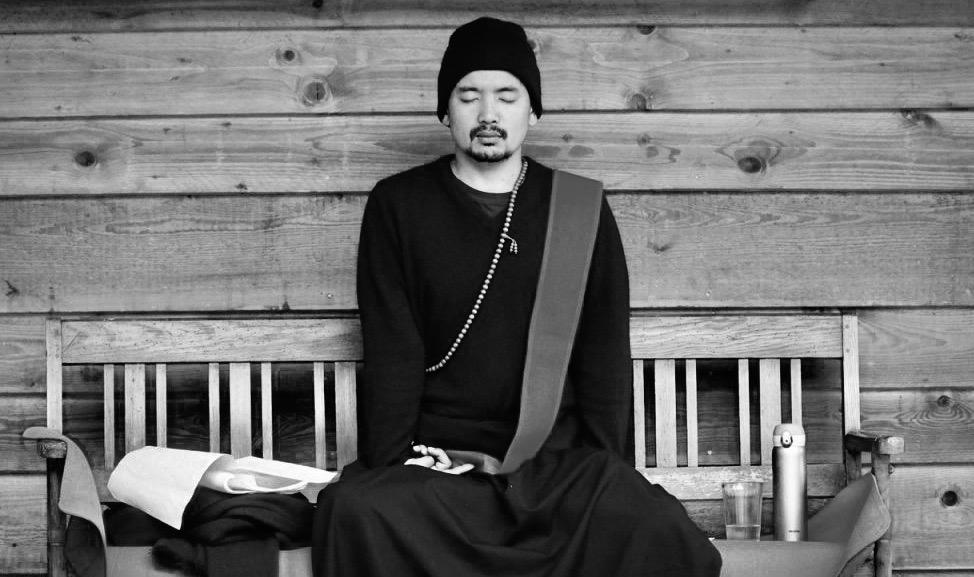 Shortly after his birth in 1985 Chogyal Rinpoche showed extraordinary signs. At the age of 5 he entered Rumtek Monastery. At the age of 15 he was recognized by HH Sharma Rinpoche as the reincarnation of the Yogi Gatsa Gomchen from the 15th century.

After 20 years of studies and a Khenpo degree he went on a 3,5 year journey as a wandering monk in the Himalayas. During this journey he found his root guru Repa Tsultrim Tharchen and studied several months with him.

Already during his studies Rinpoche started many social projects.

Since 2015 Rinpoche travels and teaches also in the West.

Born in Nepal in 1985, Chogyal Rinpoche spent his first years in Kathmandu. HH Jigdal Dagchen Sakya Rinpoche pointed out to his parents that their son has special abilities. Rinpoche wished to enter the monastic life and at the age of five his parents brought him to Sikkim where he spent ten years in the Rumtek and Zurmang Monasteries, studying basic Buddhist scriptures and learning ritual practices.

In 2000 he began his studies in Higher Buddhist Philosophy at the Dzongsar Buddhist Institute in Bir, Himachal Pradesh, India. At the end of 2001 – at the request of HH the 14th Shamarpa who had disclosed that he was the reincarnation of a Yogi named Gatsa Gomchen – he shifted to the Shri Divakar Buddhist Institute in Kalimpong near Darjeeling, West Bengal. In 2002 he was formally recognized as Chogyal Tulku. In February 2010 he graduated with a Khenpo degree. During his years of study in Kalimpong he initiated local charity projects and the Yushu Medical Institute in Tibet.

After graduation he embarked on a wandering period in Tibet for about 3 years. He meditated in secluded places and at Mount Kailash and in 2012 encountered his root guru, Repa Tsultrim Tharchin. Thus an intensive period of training began.

Before Chogyal Rinpoche returned to Nepal in mid 2013, he completed an intensive course in Chinese at the University in Beijing. Back in Kathmandu, he took full responsibility for the Sertshang Orphanage, which he had founded earlier together with his father and continued to study tantra philosophy. In 2014 he established the BIA Foundation (serving differently-abled people). In 2015 he spontaneously started the ‘Repa Program’ as a three-year Vajrayana study and meditation program for lay practitioners in China and Europe. Rinpoche also opened a small nunnery in Kathmandu. In 2016 he established ‘The Nepal Buddhist Association’, aimed at supporting Ngakpas (lay practitioners) and helping to rebuild small gompas (temples) destroyed by the earthquake (2015).

Between 2015 and 2017 Rinpoche pursued intensive studies in Analytical Psychology at the C.G. Jung Institute in Switzerland. Furthermore he has familiarized himself with different methods, e.g. TM Meditation, MBSR, hypnosis & regression techniques and recorded several mantra CDs. In 2017 he completed a Yoga Teacher Training. In 2018 he organized and for the most part accompanied Repa Tsultrim Tharchin’s five months long pilgrimage to major Buddhist sites in India, Nepal and Bhutan.

In the course of his education Chogyal Rinpoche received many empowerments, oral transmissions and teachings from great masters as HH the late 14th Shamarpa and HH the 17th Gyalwa Karmapa and studied under acclaimed teachers including Prof. Sempa Dorje and Khenpo Chodrak Rinpoche.

From his root guru Repa Tsultrim Tharchin he received the empowerments, initiations and entire transmission of the Karma Kagyu and the Barom Kagyu lineage, as well as of the liberating path of the Six Yogas of Naropa and of the complete practice of the Karma Kagyu and Barom Kaygu Thrul Khor. Repa Tsultrim Tharchin has requested him to teach the Chulen and the Barom Kagyu Phowa practice to lay practitioners with a certain background. In 2018 Chogyal Rinpoche offered the first Chulen Retreat (Germany) and in 2019 he taught the Barom Kagyu Phowa for the first time (in Austria).